For a first example of a dimension, let’s talk not about dimensions of physical space but more general ones.  That’s helpful for many reasons, especially shaking your intuition away from your natural biases about what dimensions are and how they work. Let’s talk about yearly income — how much money a person makes in a given year.  It’s as good a dimension as any.

How much money you made last year is a certain number in your home currency. It could have been positive or negative; it could have been small or large; it can be represented as a point on a line, as in Figure 1, which we’ll call the “income line”. Every point on the line represents a possible income.

Fig. 1: The Income Line is a one-dimensional "world" of infinite extent, extending to infinity in both the positive and negative directions. The line represents all possible incomes; a point on the line represents a particular income.

Note also it is continuous (or close to continuous for all practical purposes) — if two people have different incomes A and B, we can presumably find a third person who has an income that lies between A and B.

These two facts together imply that an income can only change continuously within the income line by moving to the right or away from the right (i.e. to the left) — either to higher income or to lower.  There are no other options.

Of course the income line has nothing to do with any physical space that you and I could walk around in, but it is still a dimension. And (at least in principle) it doesn’t have any end in either direction: there’s no limit (in principle) to how much money could be made or lost in a given year. This one-dimensional world is not a very lush one, but still we can ask simple questions that make sense there, such as:

These questions take on meaning in the one-dimensional world of the income line.

Here’s another, rather different, one-dimensional world. Colors of the rainbow form one dimension, from red through orange to yellow, and from there to green, blue, and finally violet. Color, from this point of view, forms a one-dimensional world of finite extent.   (There are invisible forms of light beyond red and beyond violet, but as far as your eyes are concerned, the dimension stops there.) It’s represented not as an infinite line but a line segment — the “rainbow line” — as in Figure 2. (This is to be distinguished from the color wheel! Note a rainbow itself shows no sign of the color wheel; it starts at red and ends at violet — period!) Again, a location on the rainbow line is specified by one piece of information (a color) and it’s continuous.

Fig. 2: The Rainbow Line represents all the colors of the rainbow, from red to violet. It is represented as a line segment, since there is nothing to be seen to the left of violet or the right of red. We may also represent it by a finite interval of numbers, representing the wavelength of the photons (particles of light, which make up light waves.) A nanometer is a billionth of a meter, or about 30 millionths of an inch. Photons with larger or smaller wavelengths exist, but are ignored by our eyes.

Obviously this isn’t a dimension of physical space either! You can throw a ball from your house to your neighbor’s, but you can’t imagine tossing a ball from green to orange — that’s a meaningless phrase.  But this is still most certainly a dimension. We can ask lots of questions that make sense there: as an apple turns from green to red, how does its color move along the rainbow line?  How much of the sun’s light is emitted in each color?  If an orange star turns red, will it first become yellow?

And here’s a third, different yet again. If you listen to a weather forecast, it will tell you the wind will soon be blowing from the north, or from the northwest, or from the southwest. The possible directions that the wind can blow from form a dimension too. Notice this is not at all a dimension of space! You can’t throw a ball into this dimension, the way you can throw a ball up, or left, or forward.  This is a dimension’s-worth of directions pointing in space!

Fig.3: Many representations of the Aeolian Line. This line of all possible wind directions is of finite extent, like the Rainbow Line, but it closes on itself. If we represent it as a line segment (top) a changing wind can move off the left end and onto the right end of the line, or vice versa. We can represent it the line as starting at north (top), or east (below top), or anywhere in fact. Or we can represent it as a circle (bottom left). The latter technique is used in compasses and in wind vanes (bottom right).

How do we represent this dimension? Well, there are at least two natural ways, shown in Figure 3. One is using a line segment again — the “aeolian line” [Aeolus being god of the winds] — but the aeolian line differs from the rainbow line in that it is periodic — the wind direction can move from north to east to south to west and back to north continuously. In fact, in making our representation we can cut the line anywhere; compare the two lines at the top of Figure 3, which are both equally good representations of the aeolian line.  The point is that the wind can wander off the right end of the line and come back immediately on the left end, and vice versa, so it doesn’t matter where we break the line. Or perhaps it is easiest to represent this periodic line as a circle. Which is what we do with a compass, or a wind vane!

There you have it: three one-dimensional worlds. And look at how rich they are in details! Different shapes, with different properties. On the income line, an income can grow (or shrink) forever. On the rainbow line, your eyes can only travel as far as violet, and then beyond that point the space of visible color ends, leaving them no choice but to stop there, or retrace their steps, which they can do only as far as red. And on the aeolian line, the wind may go all the way round as many times as it pleases — but in doing so it will blow from the south again and again.

These types of one-dimensional worlds — worlds that are infinite, finite with end-walls, and finite but periodic, and represented by the infinite line, the line segment, and the circle — are the basic ingredients for understanding worlds with more dimensions. I’ll come back to them many times. See Figure 4, which also includes a fourth type that extends infinitely in one direction but hits a wall in the other. (As an example, temperature is such a dimension: it can be as high as you like, but there is a lowest-possible temperature — absolute zero, it is called — so temperature forms a line that starts at absolute zero and only goes up from there, not down.)

Fig. 4: Four types of one-dimensional worlds: an infinite line, a line segment with two end-walls, a circle and (not discussed in detail here) a half line with one end-wall. A location in one of these worlds can be specified using one number, and motion (back and forth) within each of the worlds can occur continuously in only one direction.

Along the way I’ve mentioned or used several different methods for representing dimensions. We can represent income by a number, or by an infinite line. We can represent visible rainbow color as a line segment, or by a color itself, and we could also use a number — the wavelength of the photons (particles of light) that correspond to a particular color would do nicely. We can represent the directions of the wind by a circle, or by a line segment whose left end connects to its right end — or by the words north-east-south-west — or even by a number that states the direction of the wind in degrees, running from 0 to 360 and back to 0 degrees again. The fact that we can represent a single dimension in many different ways offers us great flexibility in building intuition about extra dimensions, and we will put them to considerable use!

That said, there are one-dimensional spatial worlds that we encounter regularly. Or, more precisely, there are particular situations in which some aspect of the world behaves as though there is only one dimension of space. What we say is that the world, for some actors or objects, becomes effectively one-dimensional. 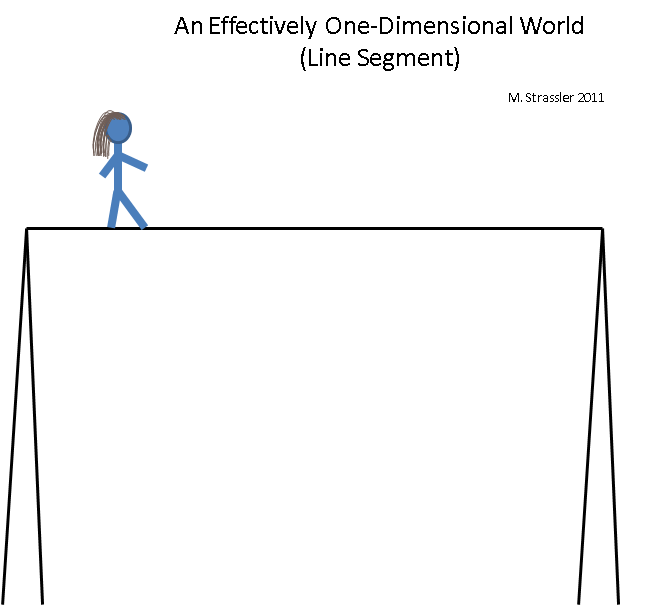 Fig. 5: A person walking on a high-wire can only walk safely in an effectively one-dimensional world. The world shown has finite length and two ends.

Think of a tight-rope walker balancing on a high wire. What makes the tight-rope walker’s world effectively one-dimensional (though of course it remains truly three dimensional) is that he or she cannot safely move in any direction other than left or right. This world is like the rainbow world: it is finite in length, and when the walker reaches the end he or she must turn around and walk back the other way [or leave the wire, ending the situation in which the world is effectively one-dimensional.] What else is true about it?  Position along the wire can be specified using one piece of information (such as a distance from the left end to the walker.)  Two walkers on the line can meet, but they cannot pass each other.

We could make the high-wire world more like the aeolian line if the wire were bent around into a circle (Figure 6). It would still be true that two walkers could not pass each other — that’s a general property of one-dimensional worlds. And it would still be a dimension of finite extent.   But it would now be possible for a walker to continue around and around forever without stopping. 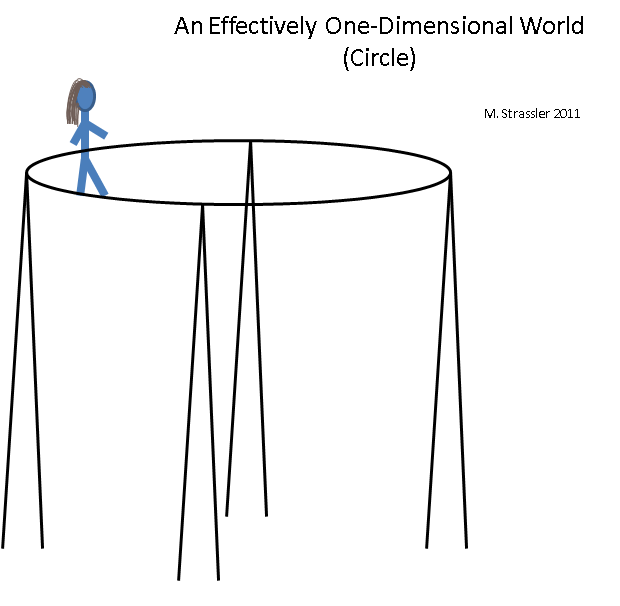 Fig. 6: As in Figure 5, but now with a circular wire, which eliminates the end-walls from this effectively one-dimensional world but keeps it finite in extent.

Other examples of one-dimensional spatial worlds we know:

The world as a whole remains three-dimensional, but for describing the cars, the hiker, the elevator, you only need to think about one dimension for the moment.

18 responses to “Worlds of 1 Spatial Dimension”